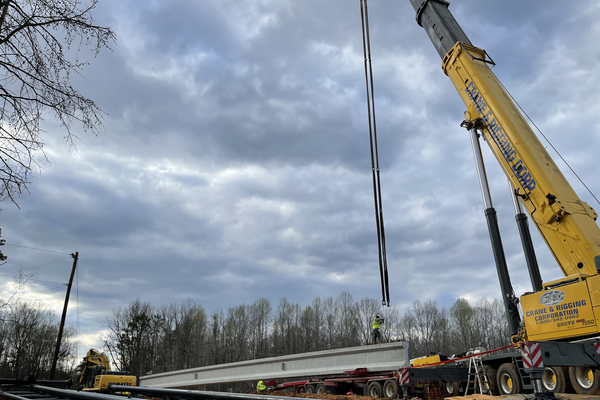 A girder (support beam) is prepared for installation on Carr Store Road in early April 2021. Improvements to nearby roads were the final work in the reservoir expansion. 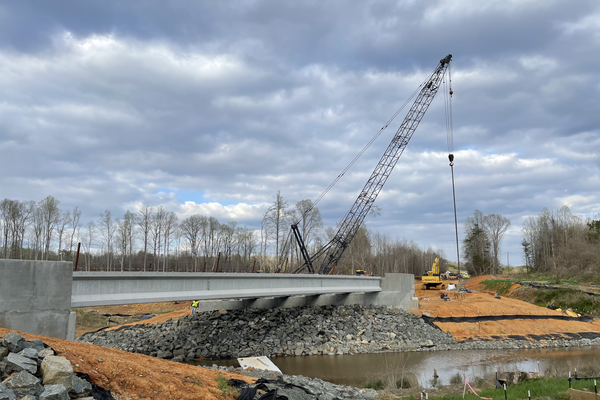 The bridge on Carr Store Road was replaced to allow for a higher level of water in the reservoir. Support beams (girders) were set in early April 2021. 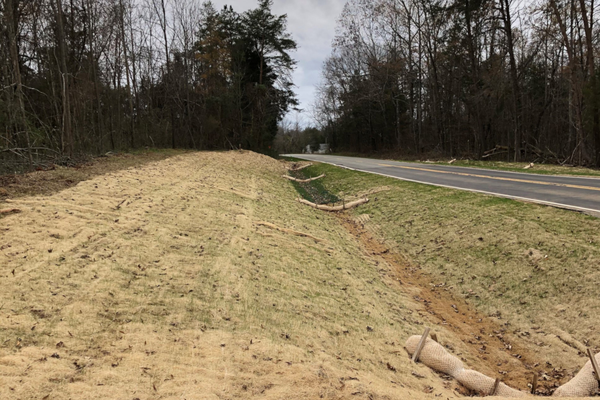 Improvements to Mill Creek Road were completed in late 2020. They included drainage and vertical alignment improvements. 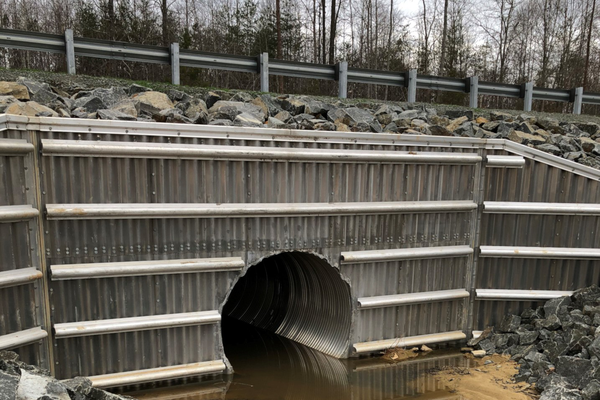 The addition of a large diameter cross pipe beneath Mill Creek Road was among the improvements completed in late 2020 for that road as part of the reservoir expansion project. 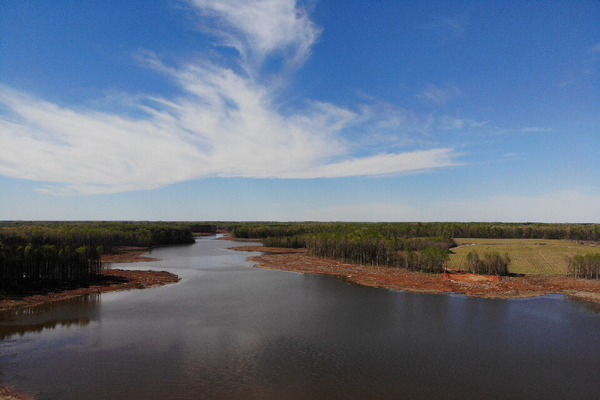 The Phase II expansion of the reservoir allows for raising the normal water level by 10 vertical feet. 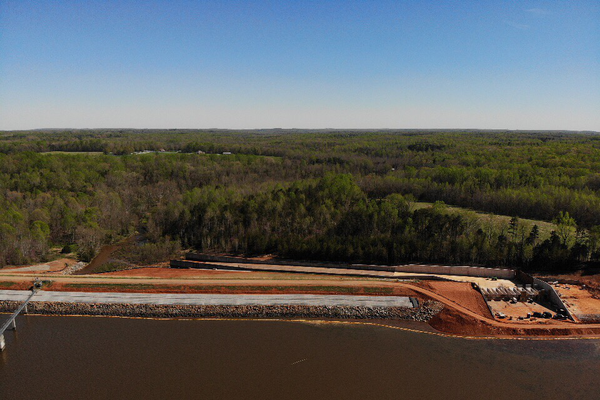 The reservoir's Phase I water capacity is 786 million gallons. 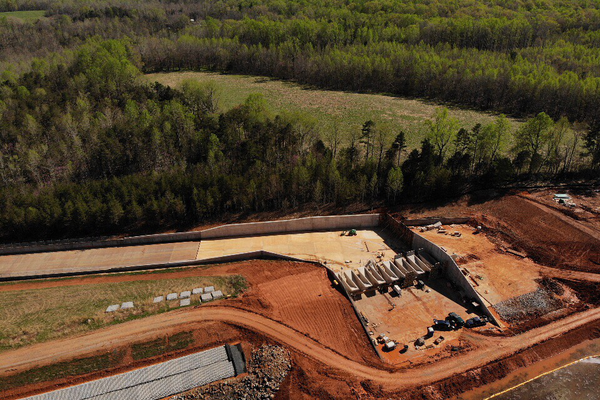 These photos from early April 2019 show progress on the new spillway, which is now complete. 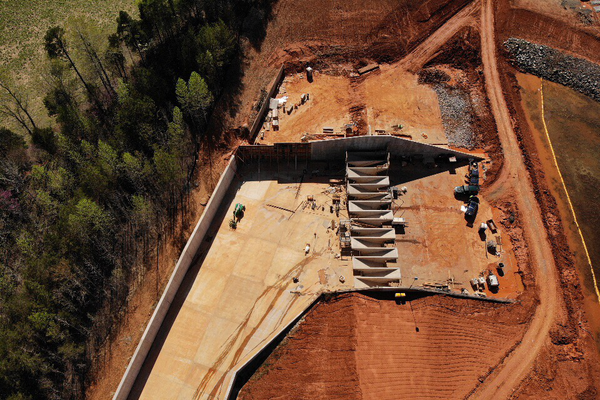 The spillway is designed with notched weirs, also called piano keys because they resemble the instrument's keys when in use. 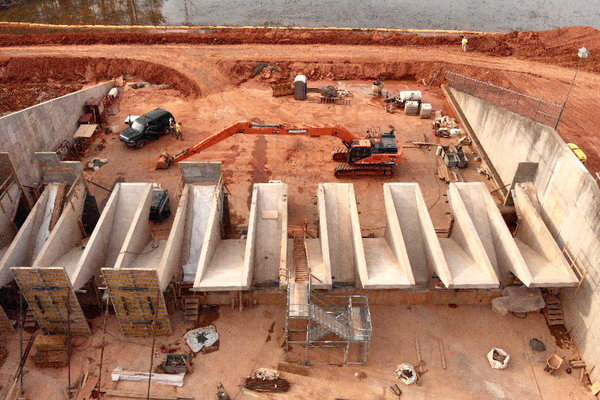 The new spillway design increases the overflow capacity of the existing dam at a lower cost than a traditional free-flow spillway. 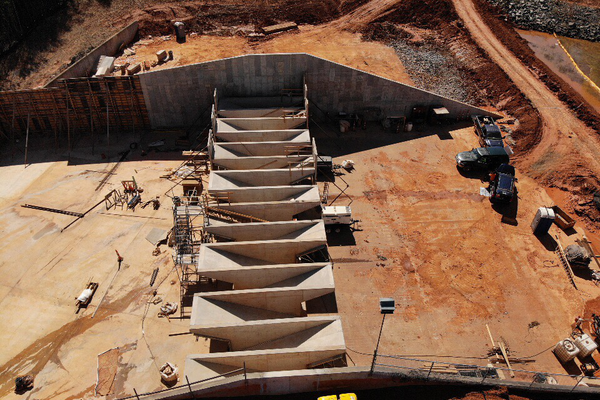 Few existing concrete dams in the United States have this design, which increases the overflow capacity at a lower cost. 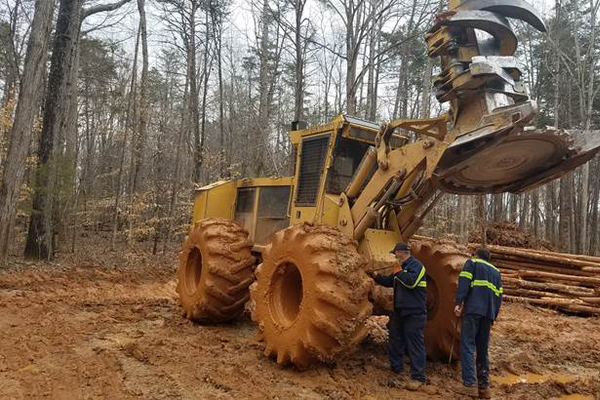 The Phase II expansion project includes clearing land from the area around the reservoir that is to be submerged. 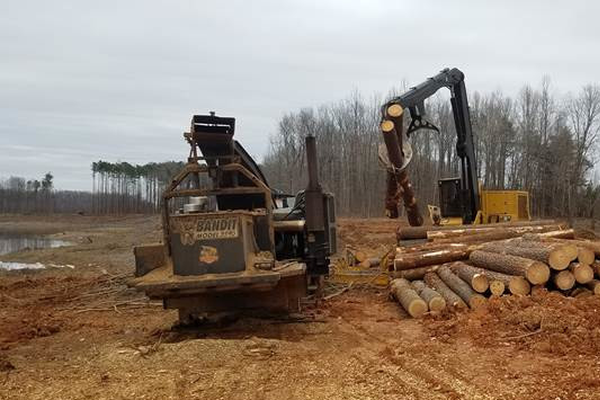 The Phase II expansion project includes clearing land from the area around the reservoir that is to be submerged.

The West Fork Eno Reservoir expansion is the second phase of the town’s reservoir, which was planned in the 1990s. Construction of the first phase ― the building of the reservoir on the west fork of the Eno River in Cedar Grove ― began in 1998 and was completed in 2000. Phase II work allows for expansion of the reservoir’s volume for expected future demand by raising the normal water elevation by 10 vertical feet. The project’s planning stages began in 2013. Construction was started in April 2018 and was completed in 2021. Delays related to the COVID-19 pandemic slowed completion. The expansion included related clearing, road and bridge projects. The reservoir currently is being allowed to fill to its Phase II elevation.

The expansion included the following elements, all of which are complete. The water level is now being allowed to raise to its Phase II elevation, about 10 feet higher than the Phase I elevation.

Below are documents regarding the reservoir expansion or that include information about the expansion. 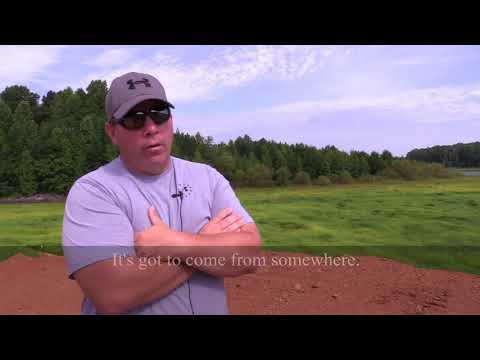