Board of Commissioners Meeting Summary 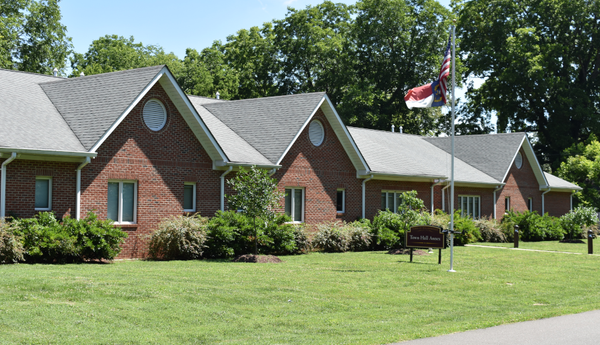 The Board of Commissioners typically meets second and fourth Mondays each month. Meetings are held in the Town Hall Annex, 105 E. Corbin St.

The Hillsborough Board of Commissioners met Monday, Sept. 12. Following is a brief summary of noteworthy actions and discussion. It does not include all actions taken at the meeting and should not be viewed as official minutes. The meeting took place in person. A video is available for view on the town’s YouTube channel.

Administrative Services Director Jen Della Valle presented the board with the resident satisfaction award given by the market research firm ETC Institute, which conducted the town’s community survey. The Leading the Way Award recognizes communities that rank in the top 10% in survey findings in three key categories:

See the news release about this award for more information.

The board received a presentation by Piedmont Triangle Regional Council of Governments, which was contracted to perform a market-based compensation analysis for town positions. The analysis determined that starting salaries for town positions were approximately 5% behind market average in Fiscal Year 2022. The analysis does not factor in merit raises, cost of living allowances, and/or salary grade adjustments recently approved in FY23 budgets by other local governments in the market. Therefore, the consultant recommended an adjustment to address this gap and prevent town salary ranges and pay from falling further behind the market this year. It was noted that many local governments are making aggressive adjustments in FY23, with several adjusting starting salaries at 6% or higher.

The board approved an additional 3% for starting pay ranges to be competitive in the FY23 market. In addition to updating the town’s job descriptions, grades, and pay ranges, each employee position will be evaluated (based on a formula) for a potential adjustment to minimize the impacts of salary compression due to the increases in starting salaries for many pay ranges.

Salary adjustments for this study were partially funded in the FY23 budget. The remaining amount will come from savings that occur due to position vacancies, other projects that are eliminated or come in under budget, and contingency funds, if needed.

The board approved a voluntary annexation, rezoning request, and development agreement for an affordable housing component within a potential future mixed-use development of about 60 acres off Old N.C. 86 between Waterstone Drive and Interstate 85. The ideas for future development in this area were introduced to the Board of Commissioners earlier this year and were reviewed by the Planning Board. Both boards received public comments and asked questions about the intentions the developer had for the site at the July joint public hearing. The Planning Board subsequently recommended the annexation and rezoning requests be approved so the development can proceed with developing more comprehensive plans. The developer will need to submit and have detailed site plans and construction drawings approved by staff.

The board approved an amendment to the Unified Development Ordinance to allow freestanding event centers.

The board approved a contract for year-end audit services with PBMares in connection with fiscal years 2022, 2023 and 2024.